This week, we are introducing you to kids with crazy skills.

On Monday’s episode, we showcased the Spelling Bee Champs! These are a historic group of kids – it’s the first time in the Scripp’s National Spelling Bee’s 92-year history that there is more than one winner. 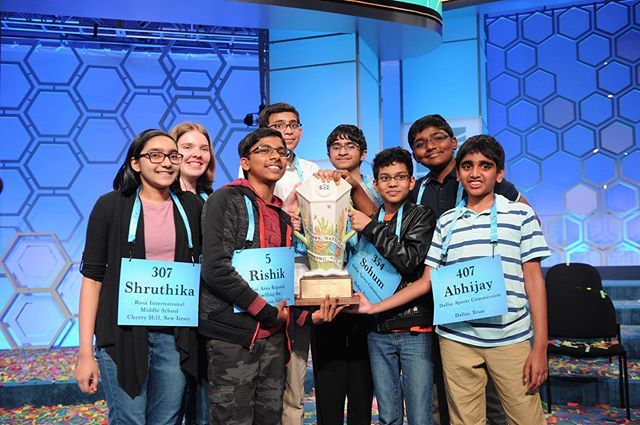 And there’s not just two… or three… or four. There’s EIGHT co-champions this year! The group is referred to on social media as the #Octochamps and consists of: Rishik Gandhasri, Erin Howard, Saketh Sundar, Shruthika Padhy, Sohum Sukhatankar, Abhijay Kodali, Christopher Serrao, and Rohan Raja.

Check out the Octochamps interview:

Next up: Katelyn Abigania! Kate is the winner of the 2018 Junior Gold Championships U12 Division.

Tune in to @LiveKellyRyan Wednesday morning to see 12-year-old bowling champ Katelyn Abigania as part of "Lil' Champions Week." Katelyn was the winner of the 2018 Junior Gold Championships U12 Division. Check your local listings and tune-in! #GoBowling #KellyandRyan pic.twitter.com/oi0Ss77DQl

Kate showed Kelly and Ryan how to bowl. At first, it didn’t go so well for either of them…. but by the end of the show, Ryan bowled a strike!


On Friday, Raytheon Mathcounts Champion Daniel Mai showed off his skills. He won the title by correctly answering, “What is the quotient of 5,040 divided by the product of its unique prime factors?”

But is Daniel a match for Ryan? Watch here: